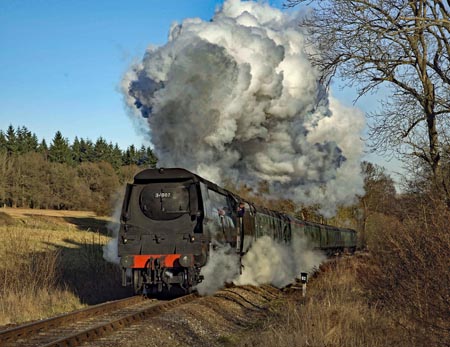 On the Watercress Line, or Mid Hants Railway, you can travel by Steam or Heritage Diesel train through 10 miles of beautiful Hampshire countryside between Alresford and Alton stations. Alresford Station is approximately 30 miles from Portsmouth.

The heritage steam railway is operated almost entirely by volunteers, working alongside a small number paid staff, the railway has become one of Hampshire's major visitor attractions. The railway runs 10 miles from Alresford to Alton, on the way visiting Ropley and Medstead & Four Marks.

The Alton, Alresford and Winchester Railway Company, which later became the original Mid Hants Railway, opened the line in 1865. It started from Alton where it connected with the London and South Western Railway line to Guildford and later to London via Pirbright Junction and Woking.

The line became known as the Watercress Line as it was used to transport the locally grown Hampshire watercress up the line to market in London.

There were three intermediate stations, at Ropley, Alresford and Itchen Abbas. A fourth station, Medstead and Four Marks, was added later. The other end of the line connected with the LSWR main route from London to Southampton, at Winchester Junction, north of Winchester City Station. In 1923 the line formed part of the Southern Railway, which became the Southern Region of British Railways at nationalisation in 1948. 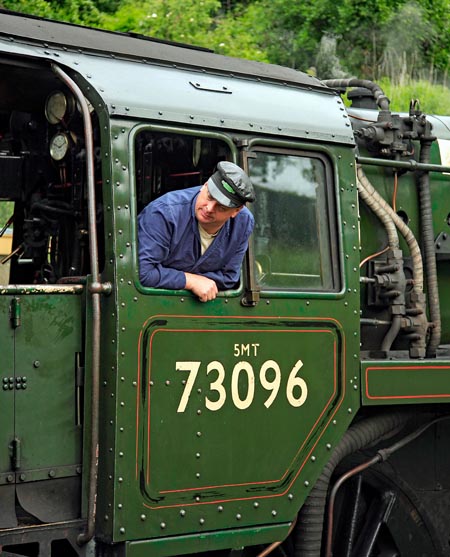 The Winchester and Alton Railway, later to become the present Mid Hants Railway, was formed with the intention of re-opening the whole line under independent ownership.

Unfortunately financial constraints forced the section west of Alresford to Itchen Abbas and Winchester Junction to be abandoned. However, the line was re-opened between Alresford and Ropley four years later in 1977. After the lifted track was reinstated services were re-established to Medstead in 1983 and to Alton in 1985.

The Mid Hants Railway hosts a wide variety of special events such as Real Ale Trains, Luxury Dining trains, Thomas The Tank Engine, Santas Special, and events such as War on the line, you can even book up to drive an engine.

The Watercress Line has a range of steam locomotives in operation for enthusiasts to enjoy including:

The Watercress Line got it's popular name because it was used to transport Hampshire grown Watercress into London for sale at Covent Garden Market, but the railway was also an extremely important military link, connecting Aldershot, the home of the British Army, to the embarkation port of Southampton on the south coast. Today the Watercress Line is a popular tourism and historic attraction, bringing the past to life with it's many steam locomotives and historic railway buildings.