Located at the town of Petworth, north of Chichester in West Sussex, is Petworth House and Park a 17th century National Trust property with a Deer Park designed by 'Capability' Brown. Petworth is approximately 35 miles from Portsmouth.

Rebuilt in 1688 from the original manor house and modernised in the 1870's, Petworth House, now a National Trust property, has been the home of the Percy family, the Earls of Northumberland. Petworth also has a 700 acre Deer Park which boasts the largest herd of Fallow Deer in the country.

Both the house along with it's Pleasure Garden and the Deer Park, can be visited by the public. To view Petworth House you need a ticket, but the Deer Park can be visited free of charge. The parkland at Petworth was designed by the renowned landscape architect Lancelot 'Capability' Brown. You can find Petworth House on the National Trust website by following the link provided.

Petworth House is home to an impressive collection of art works including 19 oil paintings by JMW Turner who visited Petworth frequently in the 1820s, some of his work features Petworth and the parkland. There are also paintings by Van Dyck, carvings by Grinling Gibbons and Ben Harms and much more.

The great State Rooms at Petworth House are highly decorated with art works, carvings and statues, underlining the family's wealth and connections to Royalty. 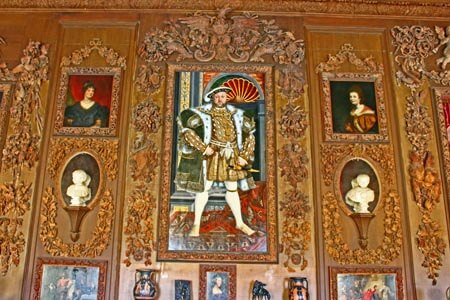 The Carved Room as the name suggests has intricately carved wood panelling, by Dutchman Grinling Gibbons, and numerous portraits lining the walls including King Henry VIII at the centre above the fireplace.

The room was commissioned by the Duke and Duchess of Somerset in the early 1690s.

Below the five large portraits hanging in The Carved Room are a series of four landscapes painted by JMW Turner, these are views of the Sussex countryside painted whilst Turner was at Petworth, he used the Library of the house as his studio. Turner's paintings in the Carved Room include 'Brighton from the Sea' and 'The Lake in Petworth Park'

The room was used as a dining room for grand banquets for a long period and much of the wood panelling became darkened as a result of smoking in the room. This has now been cleaned and restored revealing the grandeur of the original carvings. 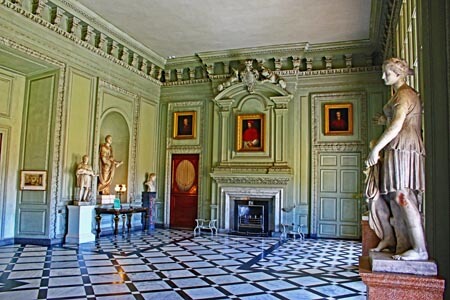 The Marble Hall at Petworth House was built by the 6th Duke of Somerset during the 1690s, the room was a striking formal entrance to the house, it was originally known as the Hall of State.

The hall is based on the French Baroque style and the room is home to a collection of classical sculptures and pictures.

The carving of the coat of arms above the fireplaces were carved by John Selden who worked extensively at Petworth for the 6th Duke of Somerset and he is also thought to have produced the carved framework around the portrait of Henry VIII in the Carved Room.

The marble floor was the work of James Sayers said to be inspired by a pattern in CA d'Anvier's 'Cours complet d'Architecture'a popular pattern book of the 17th century.

The 700 acre Deer Park at Petworth is home to one of the largest herds of Fallow Deer in the UK. The parkland was designed by Lancelot 'Capability' Brown, Britain's most well known landscape designer. Brown designed the parkland at Petworth using oaks, sycamores, beeches, limes and horse chestnuts to maximise the views of the South Downs beyond.

Brown transformed the landscape of Petworth creating the upper and lower lakes, the road from Petworth to Tillington was moved away from the house ¾ to the south, he also used many Ha Ha features to control where the livestock could roam without the need for fencing. 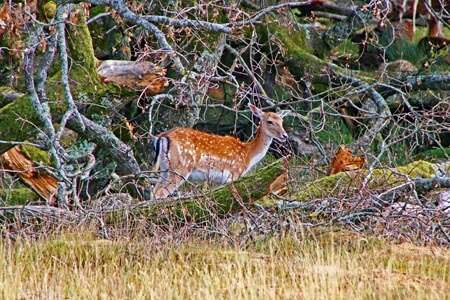