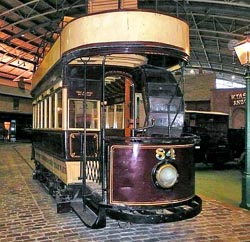 Portsmouth Corporation obtained an act of parliament in 1898 which enabled them to compulsory purchase the Provincial Tramways Company that had operated the tramways system in Portsmouth, the tramways were actually taken over in 1901.

The first public transport service in Portsmouth started in 1840 a horse drawn bus service connecting Southsea and North End travelling via the Portsmouth Dockyard and Commercial Road. The first tram route using rails ran between Portsmouth Town Station and Clarence Pier in 1865, it was initially conceived as a transfer service for passengers travelling onwards to the Isle of Wight ferries which left from the pier.

The Portsmouth Street Tramway Company opened their first route in 1873 but by 1880 the Provincial Company controlled or had an interest in all of the tramways in Portsmouth. By 1892 the horse tramway consisted of 58 tram cars, 249 horses and approximately 14 miles of routes.

Under the powers of the tramways act of 1870 Portsmouth Corporation were able to take over all of the horse drawn tramways with the exception of the original line from the Town Station to Clarence Pier and those outside of the town boundary, north of the Green Posts at North End. The takeover was authorised by a bill in 1897 and received royal assent in 1898.

When the Portsmouth Corporation took over the running of the tramways in Portsmouth, it not only extended the system but also converted it from horse power to electric power.

Improvements to the infrastructure were made, an overhead live wire system was installed and the tracks were relayed using a rail gauge of 4ft 7 3/4 inches, in addition the Tramways Committee decided to install their own electricity generating system rather than use the existing power supply. Electrification of the system took place in September of 1901 at which time an additional 3.5 miles had been added to the tramways. By 1905 the tram system in Portsmouth consisted of 28 miles of double track, had 84 cars and carried an average of 49,875 passengers a day.

In 1909 the Corporation further extended the tramway system, the rails used in this extension were of a heavier type than the original construction and the joints were welded using the Thermit process, the first application of which was the welding of tram tracks in Essen, in 1899. This process became widely used for track welding by the railway industry world wide.

The car shed and workshops were located at North End, close to the junction of Gladys Avenue and London Road. The shed was 232ft long and 197ft wide and able to house 100 cars. In 1927 an additional site was purchased at Eastney, as a bus depot, but some trams were also stored there. The North End depot was demolished in 1983.

The following statistics provide a snapshot of the Portsmouth Corporation Tramway in 1911;

During the First World War 1914 - 1918 the retention of staff was a major problem as men were joining up to fight, as a consequence in 1915 the first woman was employed as a conductor. Trams last ran in Portsmouth in 1936 when Portsmouth Corporation Tramways closed, the Gosport and Fareham Tramways, in neighboring boroughs, having closed at the end of 1929.

Very little evidence of the tram system is visible today, but some tracks can still be seen in the preserved cobbled street of Rugby Road just south of Fratton railway station and in Broad Street, Old Portsmouth. 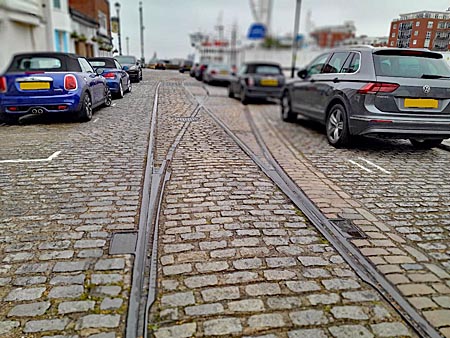 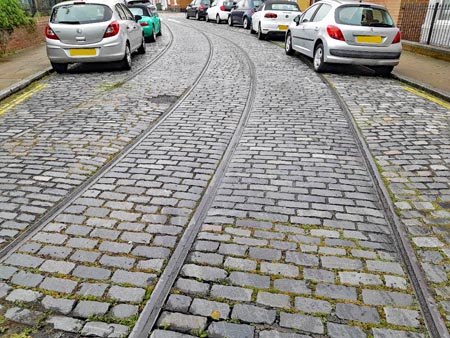