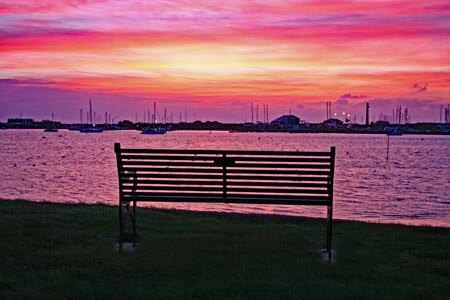 The City of Portsmouth has a population of approximately 238,137 (2011) and lies off of the South coast of Hampshire, approximately 70 miles south west of London.

Portsmouth occupies a land area of approximately 10 square miles, situated on Portsea Island, bordered on the south by The Solent, on the west by Portsmouth Harbour and on the east by Langstone harbour. Both Portsmouth and Langstone harbours are what is known as a ria. A ria is a submergent coastal landform, often known as a drowned valley or drowned river valley. Rias are almost always estuaries. Rias form when sea levels rise or plate tectonics cause coastal levels to fall. When this happens valleys which were previously at sea level become submerged. The result is often a very large estuary at the mouth of a relatively insignificant river.

To the north the island is separated from the mainland by a tidal channel running from Portsmouth harbour on the west to Langstone harbour at the east.

The island is connected to the main land by three road bridges, the original Portsbridge A3 London Road crossing, the A2030 Eastern Road, the M275 motorway and a railway bridge at Hilsea.

Portsmouth as a mild climate due to it's location on the south coast of England and receives a higher than average amount of sunshine, when compared to the rest of the UK. During winter frosts are short lived and snow is infrequent. The city is surrounded by water helping to maintain the temperature and Portsdown Hill to the north helps protect the city from northerly winds.

The geographic centre of Portsmouth (land only) is approximately 31 Kenyon Road, North End, as calculated from the City Council's Geographic Information System, GIS.