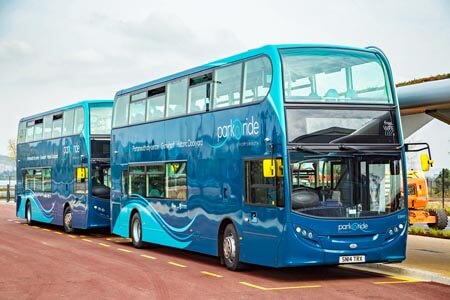 The Portmouth Park and Ride Service is run by Portsmouth City Council and has easy access directly from the M275 motorway, with buses running straight into the heart of the city centre.

The Park and Ride service operates from the Tipner Interchange, just follow the signs from the motorway, and costs just £4 per vehicle for parking all day, including bus transfers.

You can download printable maps for the Park and Ride service in .pdf format here.

Buses leave the park and ride site frequently during peak times and drop off at stops in the heart of the city. There are two routes, the PR1 and the PR2.

PR1 THE HARD INTERCHANGE.
Travelling from the Park and Ride terminal at Tipner, the PR1 stop at the following locations:

PR3 SOUTHSEA SEAFRONT.
The PR3 stops at the following locations:

* Overnight parking is not allowed. The car park closes 30 minutes after the last bus gets back. You should call 023 9282 4244 for assistance in case of a problem.

GETTING TO PORTSMOUTH PARK AND RIDE 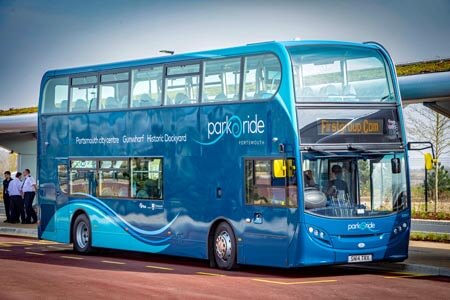 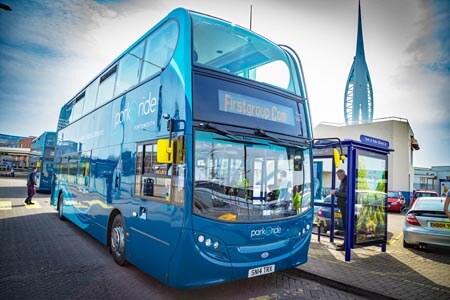