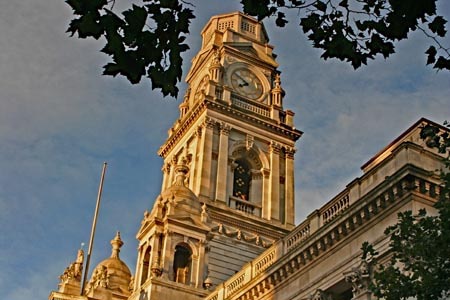 The first Town Hall built on the present site was opened by the Prince and Princess of Wales (later Edward VII and Queen Alexandra) on August 9th 1890.

The previous buildings had all been situated in Old Portsmouth. The first stood opposite St Thomas's church (now Cathedral) in the middle of the High Street, but it was an obstruction to the increasing traffic in the street and so was moved in 1838. It was demolished and a new building was situated on the east side of the High Street. With the rapid expansion of Portsmouth the decision was made by the City Corporation to build a larger more central building. The land that the current Guildhall is built on was purchased from the War Department, but was previously the site of a brewery and the residence of Sir Thomas Ridge. The site was specifically chosen due to its proximity to the railway system, which was gaining in importance at that time.

Initially there was an idea to have a competition for the design of the building, but eventually it was decided to use the same design as that used for Bolton Town Hall, by Leeds architect William Hill. Portsmouth Guildhall, originally known as Portsmouth Town Hall, was constructed in 1890 at a cost of £140,000, under the supervision of the architect and Charles Bevis of a local company. 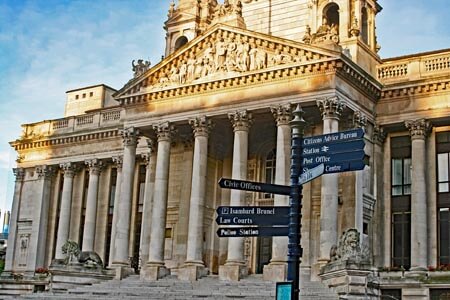 On January 10th 1941, the Guildhall was hit by incendiary bombs, during one of the biggest bombing raids on Portsmouth during the blitz of the 2nd world war. The building was extremely badly damaged by fire, with only three external walls still standing.

After the war the Corporation intended to demolish the remains of the building and rebuild a new one. However popular opinion was to retain the outside structure, partly for nostalgic reasons and partly as an act of defiance. The interior of the building was redesigned by Berry Webber, with as much of the outer shell retained as possible. The Guildhall was reopened by Her Majesty the Queen on 8 June 1959.

Portsmouth Guildhall houses a 2,000 seat concert hall, a small concert hall, reception rooms and suite for the Lord Mayor and Mayoress, Council Chambers and committee rooms.The Guildhall is used as a venue for concerts and shows, conferences, exhibitions, award ceremonies and two rooms are licenced for wedding ceremonies and civil partnerships. 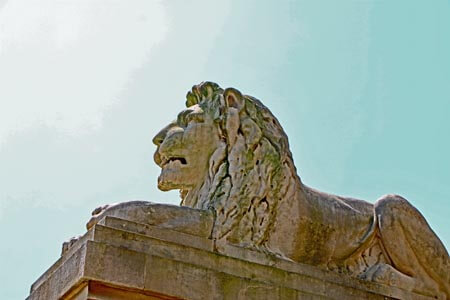 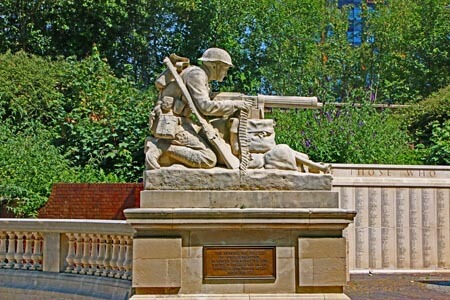