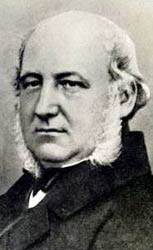 "Before this gentleman employed his fortune and energies in the advancement of the future town, the village, as it was called, was hardly even worthy of that minor appellation. A lonely farmhouse, a single row of small cottages and anomalous shops, and a few detached dwellings were all that existed, prior to the erection of Portland Terrace". The Observer.

Thomas Ellis Owen is recognised as the architect, builder and developer who shaped the development of Southsea and built some of the finest buildings that still exist in the area today, such as St Jude's Church in Palmerston Road, Portland Terrace and Eastern Parade.

Born in 11th March 1805 in London, Thomas Ellis Owen was the son of Jacob Owen a Master Smith in the Royal Engineers. Jacob was posted to Portsmouth in 1820, settling with his family, as it turned out, permanently on the island.

Jacob Owen, Thomas' father, progressed through the ranks, in 1824 he was promoted to full Clerk of Works, in 1841 Deputy Surveyor and in 1842 to Chief Surveyor at a salary of £570/year. As a member of the Royal Engineers, Jacob would have been working building and maintaining defences, barracks and artillery works in and around the Portsmouth area.

At an early age, Thomas Ellis Owen followed in his father's footsteps and was articled (a form of apprenticeship or training) to a London based architect and civil engineer. 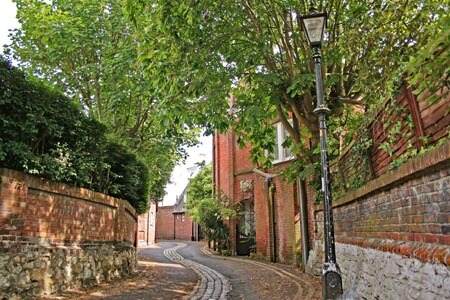 Having completed his articles, Thomas travelled to Italy where he studied the buildings and architectural styles. On his return from Italy, Thomas married Catherine, the daughter of one of his father's colleagues J.W Higgins, surveyor of Government Works. Using his father-in-law's connections Thomas gained employment in the valuation and purchase of property for the Government. Jacob Owen designed several buildings, mostly churches, and it is most likely that Thomas and his father were equally involved in the design and building of some of these early buildings, such as All Saints Church in Landport and Holy Trinity in Fareham.

In 1836 Thomas Owen prepared a scheme for the reconstruction of the Camber Docks, the scheme was never fully implemented due to lack of funds.

During this period Jacob Owen along with his son Thomas and Thomas' father-in-law James White Higgins were proceeding with a plan to buy up land for future property development. In one deal they purchased 10 acres of land in the Kent Road area from Cosham butcher John Burril at a cost of £7,000.

At the same time as purchasing land, Thomas Ellis Owen was employed to carry out a survey of Portsea Island for the Tithe Map, plotting the Tithes and documenting their ownership, occupancy and usage. This gave the group a great advantage as this map established exactly who owned each plot of land on Portsea Island, they were able to contact the owners of particular farms and properties directly, with a view to buying them out.

THOMAS ELLIS OWEN AND THE DEVELOPMENT OF SOUTHSEA

Thomas Ellis Owen's Southsea is an example of what has been called a 'villa suburb' (D.Lloyd, 1984). The earliest examples of this type of suburb include John Nash's Park Villages in Regents Park, built c1820-30, which comprised detached villas set out on winding roads with lush landscaping.

This 'villa suburb' feel can be appreciated by walking around the area of Kent Road and Queen's Crescent and the Merton Road, Nelson Road, Albany Road area, although a few of Owen's buildings were lost during The Blitz of the Second World War and some to more recent redevelopment, you can still see superb villas and Regency terraces, with large gardens and tree lined streets.

Another superb example of the winding, tree lined lanes of the 'villa suburb' can be found in The Vale and Villiers Road area. Villa suburbs such as these provide a historical link between early picturesque estate villages and later planned settlements such as Port Sunlight on the banks of the River Mersey at Warrington and Hampstead Garden Suburb, London.

T.E Owen was trained by a London architect and engineer and completed his training in Italy. He identified Southsea as a prime area for development even though it consisted at the time of mostly disused marshland and tidal inlets with intermittent areas of poor grazing land and small farms. The growth of Southsea started in the early years of the 19th Century outside the fortifications of Old Portsmouth, the earliest areas to be built include The Terraces, Croxton Town and the Castle Road area. 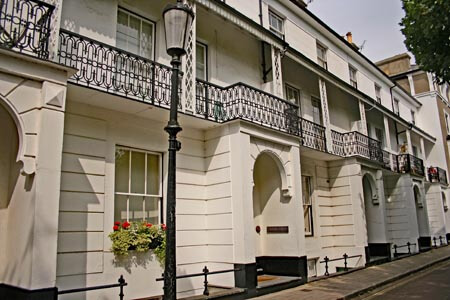 These early developments were initially viewed as an extension to the Dockyard Garrison, but quickly attracted the nobility and gentry of Portsea Island.

They flocked to the stylish terraces such as Kings Terrace and Bellevue Terrace and it was generally agreed that the appearance and build of these new buildings was superior to previous Portsmouth buildings. Owen began his developments in the Grove Road area in the 1830's and building work continued in the Kent Road area with Swiss Cottage (1837) and Queens Terrace (1837-40).

In 1854 Thomas Ellis Owen sold 8 acres of land, to become Highland Road cemetery, to the Portsmouth Burials Board to construct a new cemetery. Mr. CME Pineo (architect of Portsea) was instructed to produce the plans for the new cemetery but failed to complete this work. Thomas Ellis Owen was duly appointed as the replacement architect and completed the plans, basing the lodge on his own home Dovercourt and the cemetery chapel is said to be a smaller version of St Judes church in Southsea which he also designed. His only daughter Louisa Ann Byng is buried here, as is Louisa's first husband Reverend Thomas Richard Brownrigg.

TEO also played a part in local politics and was a member of the Reformed Corporation. He had been an active agitator for its reform and in November 1843, was elected to represent St Thomas and St Paul's Wards. Thomas Ellis Owen became an Alderman in 1850 and held the office of Mayor twice, in 1847 and in 1862 shortly before his death in December 1862 aged just 58. TE Owen was buried at St James' Church at Milton, in the vault of his father in law James White Higgins. Church records describe this plot being on the northern side of the east / west path. But most of the gravestones were removed from the churchyard in the 1950's and there is now no evidence of his grave.

There is a memorial window in the west wall of St Judes church in Southsea, the inscription reads as follows,
'IN MEMORY OF THOMAS ELLIS OWEN J.P. FOUNDER OF THIS CHURCH WHOSE GENTLE SPIRIT WAS SUDDENLY CALLED TO SERVE HIS MASTER IN HEAVEN DECEMBER 11TH 1862 THIS WINDOW AND TABLET HAVE BEEN PLACED BY HIS TENDERLY LOVING WIDOW AFTER HE HAD SERVED HIS OWN GENERATION BY THE WILL OF GOD HE FELL ASLEEP
CATHERINE OWEN MAY 21 1865' 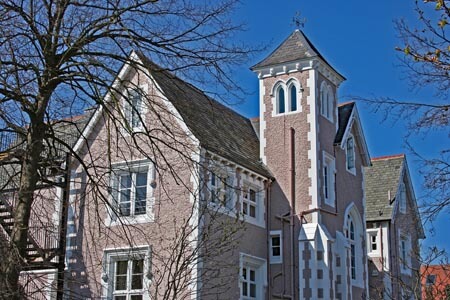 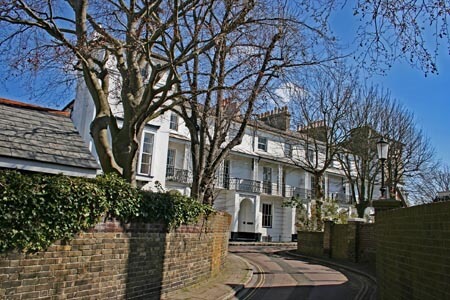