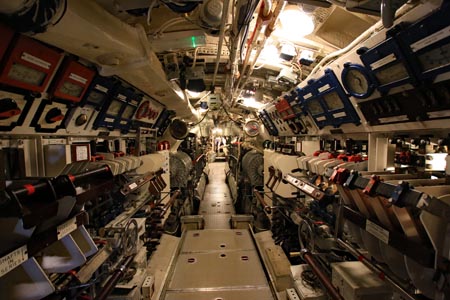 Just a short ferry trip, or waterbus trip in summer, across Portsmouth Harbour, is the Royal Navy Submarine Museum at Haslar in Gosport.

Taking pride of place on the wharf outside of the museum is HMS Alliance, the UK's only surviving Second World War submarine. Launched in 1945 Alliance was one of fourteen A-class submarines.

HMS Alliance served in the Royal Navy for 28 years from the end of the Second World War and on through the Cold War period. The submarine has been sympathetically modified allowing a complete walk through tour of the boat, entering at the bow torpedo compartment, passing rearwards through the living quarters, control room, engine room and finishing at the stern of the vessel in the aft torpedo compartment and escape hatch.

The tours of HMS Alliance, which last approximately 40 minutes, are conducted by ex submariners who are extremely knowledgeable about the submarine and the conditions living and working aboard the boat, a whole host of technical and operational aspects are explained as well as interesting anecdotes and stories. It is difficult to appreciate that 56 crew and officers lived and worked in this small space for months on end, especially when you see the cramped living quarters and bunks.

At the end of the tour, in the aft compartment, the guide takes you through the emergency escape procedure and the techniques used to escape from a sunken submarine and survive to tell the tale. 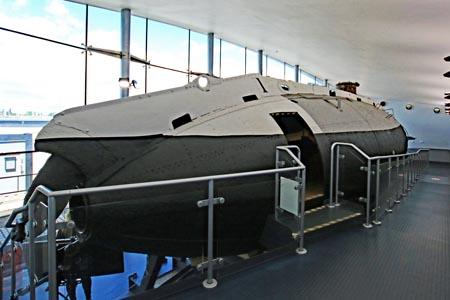 The Royal Navy's first ever submarine the Holland 1 is on display at the Royal Navy Submarine Museum in an environmentally controlled building which was funded with a grant from the Heritage Lottery Fund.

The Holland class boats were considered as an experiment when they were first commissioned by the navy as giant battleships were the predominant force at the time. The Holland 1 was built under licence by the American Electric Boat Company at Barrow-in-Furness.

At the end of her career the boat was destined to be broken up for scrap and was en route to the breakers yard when she was accidentally sunk close to the Eddystone lighthouse in 1913.

In 1981 the possible site of the sunken Holland 1 was reported by the Royal Navy Minesweeper HMS Bossington and this was later confirmed by a naval diving team. In 1982 the wreck was salvaged from the seabed by a salvage vessel and transported to Devonport Naval Base.

Holland 1 is now on display at Gosport, housed in an environmentally controlled building, designed to ensure that the humidity in the building is kept below 40% relative humidity, to prevent further corrosion of this important piece of naval history. 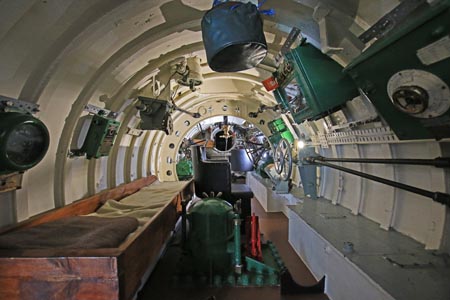 This midget submarine, HMS X24, is the only surviving example of the X craft used by the Royal Navy during the Second World War. The X craft were just 51ft long and 5ft 9 inches wide and were used on operations where a full sized submarine was too large, such as the attack on Bergen harbour, which was used as a U-boat repair facility.

Amazingly the craft had a crew of four and could dive to a depth of 300 feet, although they were equipped with diesel and electric motors the range was limited, so the X-craft were usually towed into position by a larger vessel. The X-craft on display at the Submarine Museum, HMS X24, has been sectioned towards the stern so that you can look inside the hull and get an idea just how cramped the conditions inside were.

As well as these highly important historic submarines, the museum has a host of interesting and varied exhibitions and galleries to view. There is a short film presentation which shows the role that HMS Alliance played during the cold war, you get a real sense of what it must have been like to live and work inside such a small vessel. 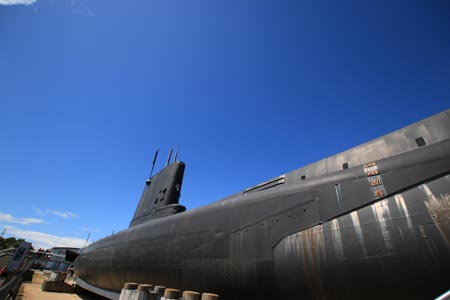 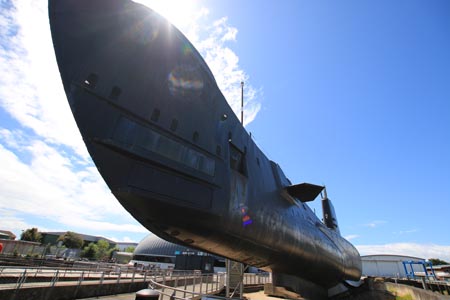 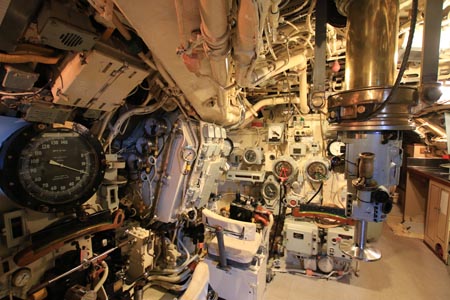 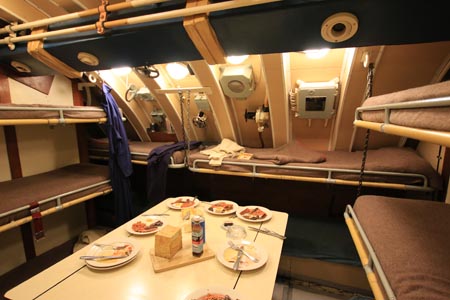 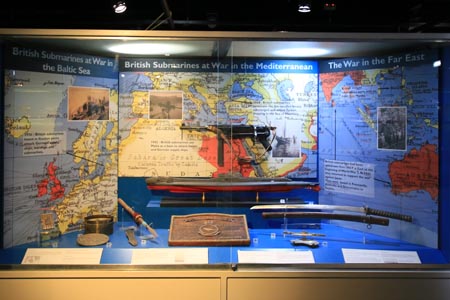 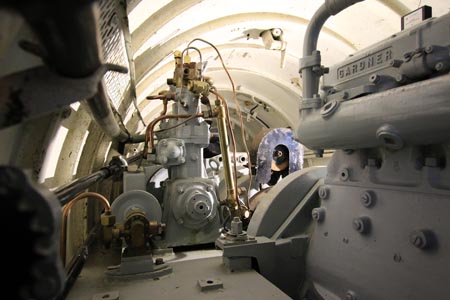