TOMMY A ROCK OPERA, THE WHO

Tommy is a 1975 British musical film, directed by Ken Russell and based on Tommy, by The Who, the 1969 rock opera album. During the summer of 1974 a lot of scenes from the film Tommy, based on The Who's album of the same name, were filmed in and around the Portsmouth area, with many local people appearing in the film as extras.

The film's director, Ken Russell, had used the area previously, filming scenes for The Boyfriend (1971) starring Twiggy and Christopher Gable, at the New Theatre Royal in Guildhall Walk, returning to Portsmouth to film Tommy.

A very brief and very simplified synopsis.
Tommy the rock opera centres around Tommy a deaf dumb and blind boy who as a child witnessed his father being murdered by his stepfather. Being forbidden by his mother and stepfather to speak about the murder, he internalises the issue and stops speaking, seeing or hearing at all. Tommy develops a special skill at playing pinball machines, "he sure plays a mean pinball" and goes on to become world champion bringing fame and fortune to the family. With the help of a specialist, Tommy cures himself and fans flock to him and worship him in a cult like manner. Tommy opens a holiday camp for his followers to stay in and be near him, but unfortunately it all ends badly as Tommy's greedy and unscrupulous relatives try to rip off his followers financially, the followers riot in protest and destroy the camp.


THE CHURCH OF MARILYN MONROE 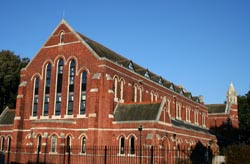 
This church was built to serve the Royal Marines Eastney barracks and was dedicated at a service on 17 November 1905 by the Lord Bishop of Winchester, it was built to the design known as 'Admiralty Pattern Churches'. Following the closure of Eastney Barracks in 1991 this building has subsequently been redeveloped into private housing.

I'm sure the present residents realise the buildings religious background, but I wonder if they have seen the crazy scenes in the film when Tommy is taken to the church by his mother Ann-Margret to be cured and where the congregation take part in a communion consuming both drugs and alcohol?


TOMMY BATTLES TO BE PINBALL WIZARD 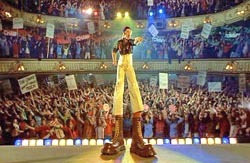 In this scene Tommy battles against Elton John (character name Local Lad), wearing a massively high pair of Doc Marten boots, for supremacy as the Pinball Wizard, Tommy of course won the competition.
The boots modelled on the classic cherry red, Doc Marten, were 4ft 6½ inches high and constructed from glass fibre.
Elton John kept the boots after filming Tommy, he later sold them at one of his famous auctions in 1988, they were bought by a director of R Griggs, the makers of Dr. Martens. 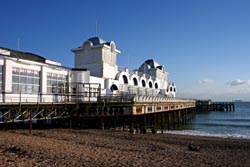 South Parade Pier, South Parade, Southsea, Hants, PO4 0SW.
A fire broke out during filming when Ann-Margret and Oliver Reed, Tommy's mother and stepfather were dancing in the Gaiety Show Bar, disguised as the ballroom of Bernies Holiday Camp. The fire resulted in serious damage to the pier estimated to be £500,000.

Ken Russell's crew continued filming whilst the fire was being fought by the fire services and the fire scenes were used in other sections of the film notably the destruction of Bernies Holiday camp. The pier was rebuilt following the fire but not in the previous grand style. 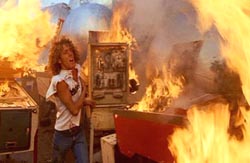 The scrapyard at Tipner, at the top of Portsmouth harbour, was opened just after the Second World War and is where much of the discarded military equipment from Portsmouth Dockyard ended up. It is now under re-development for housing and is situated just to the East of the M275 motorway, behind the Park and Ride site.

In this scene at the climax to the film, scrap maritime marker bouys were spray painted silver to depict giant pinballs, Tommy navigates his way through a surreal scene of giant pinballs and collections of burning pinball machines, after his followers riot and destroy the holiday camp.


THE CAST OF TOMMY 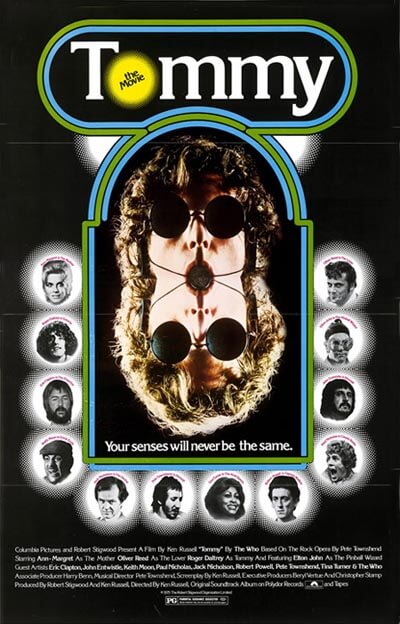