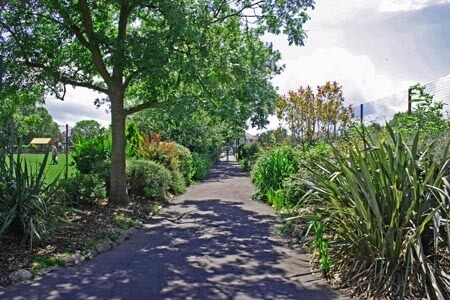 College Park is located between Copnor Road and Kirby Road and Mayfield Road, just north of the junction of Burrfields Road and Copnor Road.

The park is divided into distinctly different areas, at the eastern side are two enclosed formal gardens with benches, providing a quiet area to sit and relax.

Moving west there is then a large grassed area which is used for ball games. The southern section of this area contains an extensive childrens play area with swings and slides.

The western edge of the park is home to, the pet area with aviaries containing exotic birds, rabbits and guinea pigs, a bowling green and club house and a hard court sports area. 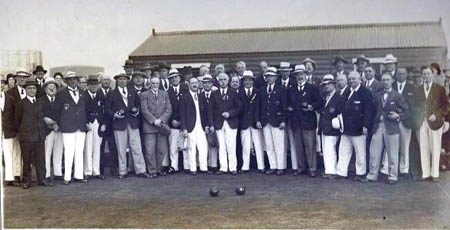 The park is named after the college and College Park bowls club uses a variation of the Winchester College coat of arms as its club badge.

Winchester College once owned large areas of land on Portsea Island such as Portsea and Portsmouth rectories, these had been granted to the College in 1543, both of these rectories also occupied farmland on the island used to support the rectories.

During the early 1900s the area where the park is now was used as allotments for growing vegetables and fruit by local people.

College Park Bowls Green opened in 1930, with the College Park Bowls Club being founded two years later in 1932. The club still playing today, uses a variation of the Winchester College coat of arms as it's club badge.