Portsmouth, popularly known as Pompey, is the birthplace of Charles Dickens and home of the Royal Navy, is the UK's only island city. With a population of approximately 206,000, the city of Portsmouth was granted it's first charter in 1194 by King Richard and is located on Portsea Island on the south east coast of Hampshire. 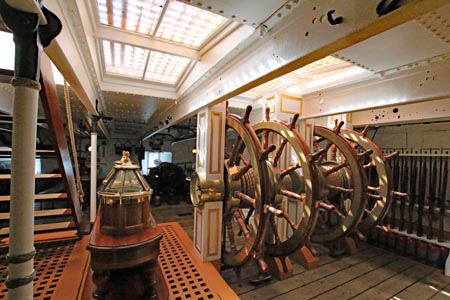 Portsmouth in Hampshire is located on Portsea Island and has a population of approximately 238,000. To the east is Langstone Harbour and to the west is Portsmouth Harbour a busy sheltered harbour which is the home of the Royal Navy at Portsmouth Historic Dockyard as well as cross channel ferries, fishing boats and many yachts and pleasure craft. On the southern tip of Portsea Island is Southsea with sea views across The Solent to the Isle of Wight.

Portsmouth is proud of it's naval history and Portsmouth Historic Dockyard is home to a world class selection of historic ships including HMS Victory Lord Nelson's flagship at the Battle of Trafalgar, HMS Warrior the world's first iron hulled armoured ship and the Mary Rose, Henry VIII's Tudor warship.

There are numerous other attractions to visit such as the Spinnaker Tower at Gunwharf Quays outlet shopping and leisure complex, the D-Day Story and of course Southsea Seafront.

Portsmouth is a well connected port, Portsmouth International Port is one of the busiest ferry ports in the UK carrying around 2.2 million passengers a year, with regular services to France, Spain and the Channel Islands. Closer to home there are ferry and hovercraft connections to the Isle of Wight as well as cross harbour ferries to our neighbour Gosport.

The city is lucky to have not one but two Frank Matcham designed theatres, the Kings Theatre in Southsea and the New Theatre Royal in Guildhall Walk, which have both been restored and are open for business hosting theatrical and musical entertainment. Portsmouth Guildhall and the Wedgewood Rooms in Southsea also host a wide variety of concerts and other cultural events.

King Richard (1157 - 1199) sailed from Portsmouth on his way to the Crusades, and it was he who granted the town of Portsmouth it's earliest known charter. It was during Richard's reign that the Star and Crescent first appeared on the town arms, the title of Mayor of the town also appears at this time. An earlier charter is thought to have been granted by Henry I, but all trace of it's existence has disappeared. King Richard's charter gave Portsmouth the right to hold a fair once a year, a weekly market and exemption from various tolls.
You can read more about the history of Portsmouth here.

Deciding what to visit or where to stay in Portsmouth, explore the sections below, just click an image or link......